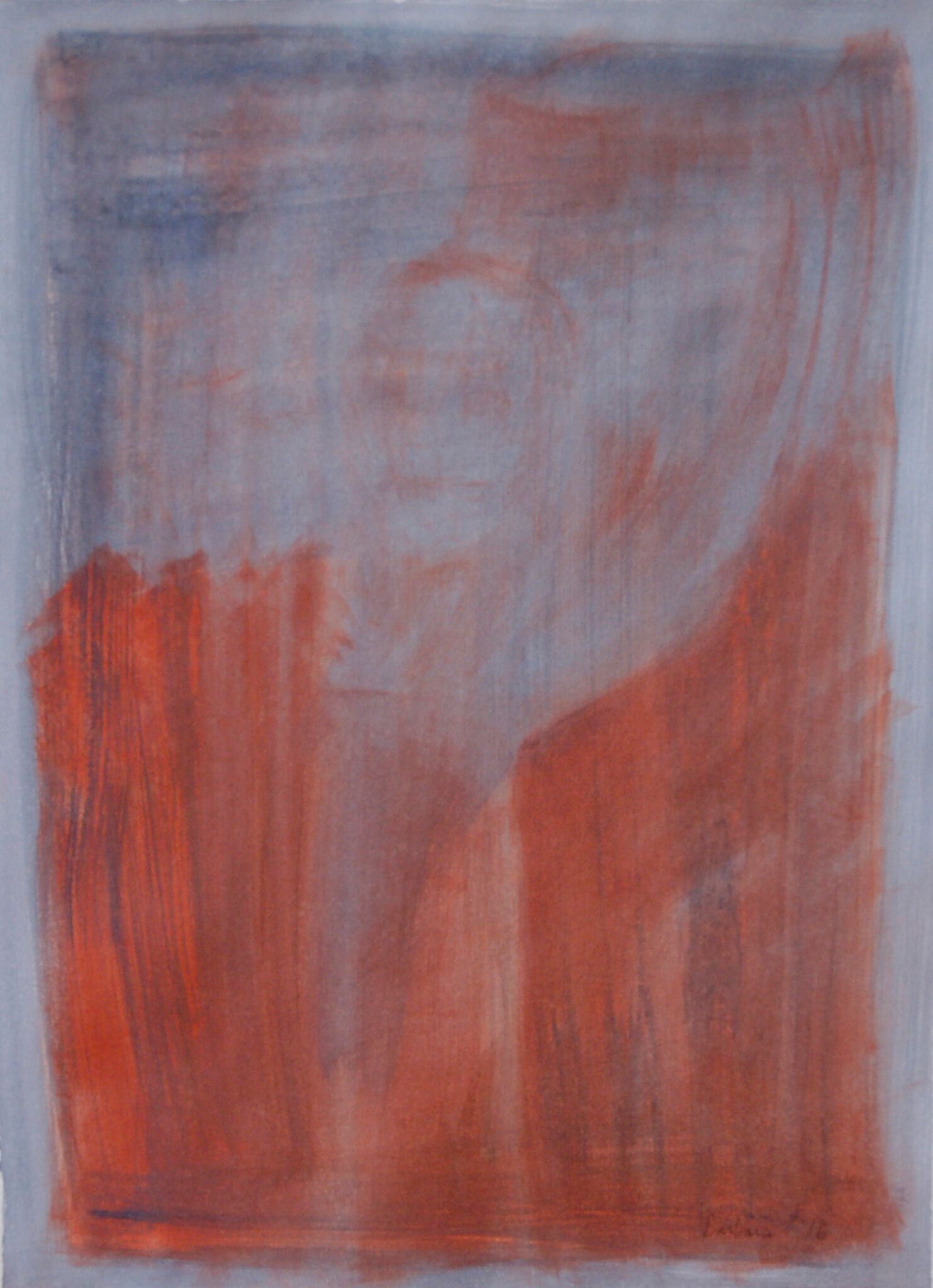 Autumn 2016 Published March1st, 2017   I had the pleasure and honour of being artist in residence at the Goetheanum this past autumn. The first month I  investigated the Sektions (departments) which interested me, visited the archives, the Representation of Man among other things; sketched outdoors and began studying plant colours. In the second and third month, I focused more on plant colours and did some lazure painting at my friend Anna Wadstrom’s studio. I attended two weekend courses on plant colours with Elisa Dudinsky in Germany and the “Planetenkräft” conference (The Strength of the Planets) at the Visual Arts Sektion. My attendance at these conferences enhanced my knowledge of plant colours and appreciation of the architecture of the Goetheanum. I was fascinated by the fact that Steiner seemed to channel information in order to bring healing through art, for example in his work with the colonnades in the first Goetheanum. However, Steiner would say that he was using his supersensible abilities to make visible in the sensible world what is present in the spirit world. The idea is that if we meditate on or create archetypal images that are based on the details in each individual column we can receive the strength or energy of the planet represented in that column. While prior to the conference I had been sceptical, I came out a believer as I directly experienced a strengthening of what you could call my Mars energy when making a copy of a detail of the Mars column. All of this thanks to the kind patience of our clay modelling tutor, Ulrikke Stokholm. I learned that as plants transform light they are light bearers and that the plant colours shine as they are carrying the light which was initially absorbed by the plant The plant colours also transmit the cosmic forces that the plants absorbed through their growth. As a result they become a kind of medicine. Painting with these colours as well as gazing at the finished artwork whether it be a piece of died silk, a lazured wall or a small canvas is intrinsically healing. In terms of how themes developed from my initial research and exploration, I developed a theme which was based on the beautiful autumn colours that I could see around me. Steiner had suggested that colour could be used to create perspective in his colour lectures, I painted colour transitions which created a kind of colour perspective suggesting land and sky. In terms of colour, there was the contrast of the warmth of the earth and the cold indigo sky.  As I am also inspired by abstract painting, including Mark Rothko who painted primarily about colour and seemed to be interested in the surface of the picture rather than any kind of representation. In my work however, there is the reference back to the natural world and plants which is what inspires me. Two of my final mixed media pieces used a kind of resist technique with the initial drawing in a terra cotta pastel colour painted over with cold blue water colour. The terra cotta colour represents the warmth of Italy to me. It is the colour of the tiles on the roofs and vases. The soil in my area is rich in iron and so the rocks in the streams become stained with this iron oxide red, the colour of Mars. The blue represented to me the cold which seemed to descend on the land in Switzerland in early winter when the warm leaf colours had mostly faded away.  I fell in love with the plant colours despite my initial technical problems and will continue my training as a lazure painter in 2017; it feels like a wonderful way to share my artwork with others. I am grateful to all my teachers and those who have provided financial support without whom I would not be where I am now, Marianne Schubert who invited me to  apply for the Artist in Residence position, Rudolf Steiner  and all those who have come before me who have carried Steiner’s message providing me with their insight and knowledge of art not only as an end in itself but as a therapeutic tool. There is no greater gift than to be able to do the work that I love and to be able to share it with others.   Bibliography  Steiner, R.(1982)Colour. London: Rudolf Steiner Press Fiona Gray (2010) “Rudolf Steiner: Occult Crank or Architectural Mastermind?” Architectural Theory Review. Available at: http://dx.doi.org/10.1080/13264821003629246  ( Accessed on 30 January 2017)